The streaming giant reported a loss of 200,000 customers, against their guidance forecast of 2.5m. The first decline in a decade. Furthermore, management forecast Q2 2022 to have a net decline of 2m customers.

We saw people on Twitter attributing reasons such as “this marks the start of a recession”, “Netflix has reached maturity,” or the most ridiculous “the end of streaming.”

I don’t think we are ever returning to linear TV. It’s during moments like these where media and influencers will plaster the headlines with sensationalized titles and plenty of pessimism because that is what sells.

So I’m going to try and offer you a more balanced view on what’s happening.

What Caused The Drop? 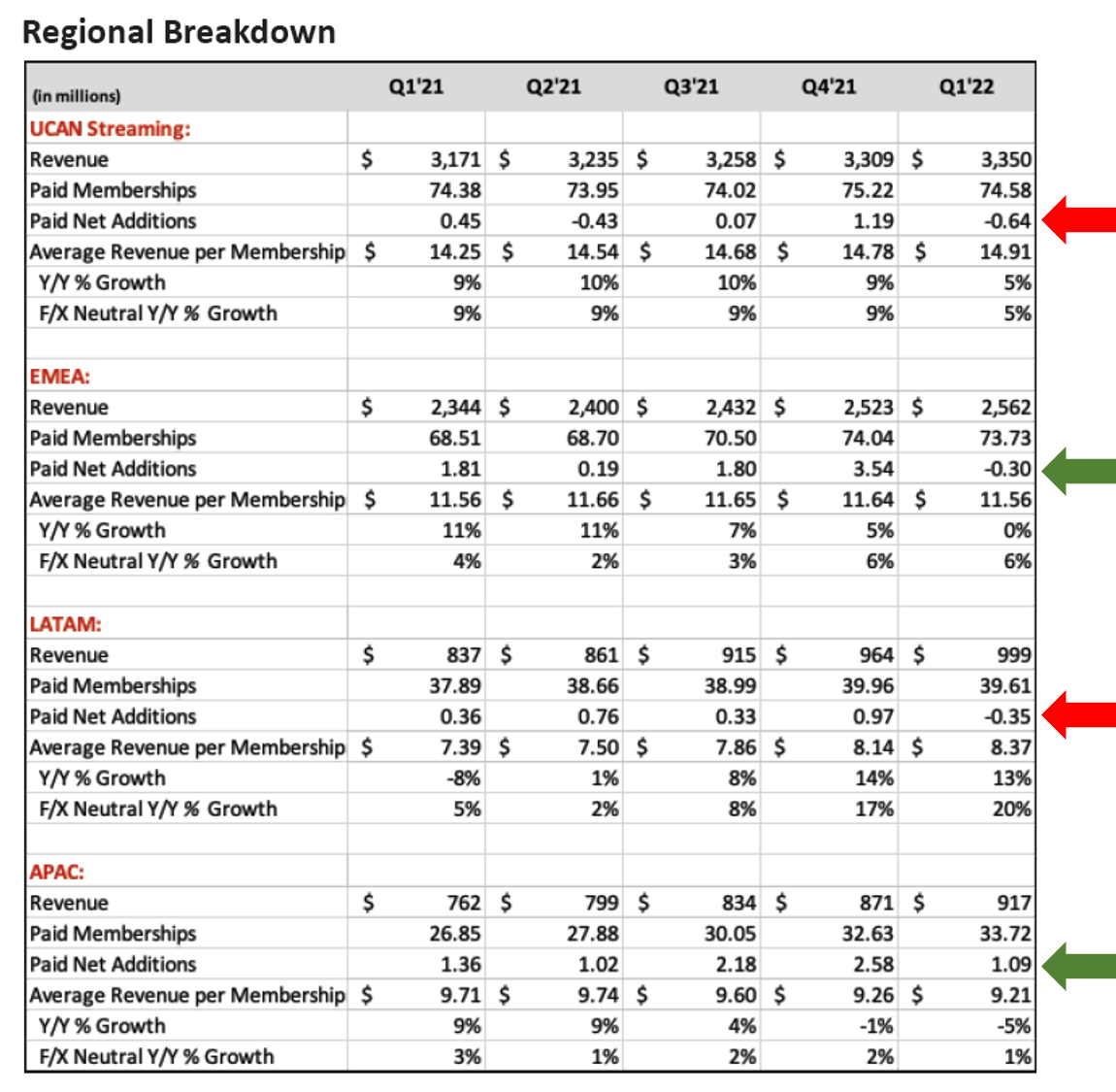 In the near term, growth may be challenged as countries ease lockdowns and inflation starts to erode consumer spending power. In the long run, linear TV will continue to decline as streaming services gain market share.

First order effect: Because of macroeconomic factors and a challenging competitive environment, Netflix is likely to experience declining growth or churn in the near future.

Second order effect: If Netflix, who has the largest content library and is already profitable and cash flow positive, would suffer in this environment, then the other smaller players would suffer and bleed.

Based on a research by Kantar, users in the UK are starting to unsubscribe from Disney+ as churn rates hit 12%, the same trend was observed for Britbox, NOW and Discovery+. Largely due to COVID restrictions ending and cost cutting. On the other hand, the research shows that people are less likely to unsubscribe from Amazon and Netflix.

There’s always a wide range of probable outcomes when it comes to investing. By now it’s not new to investors that Mr. Market swings hard when there’s negative surprises.

It’s always up to us investors to determine if this is a temporary hiccup or a permanent problem that will plagued Netflix. While it’s tough to predict what the market will do in the short term, I have found that for most investors, our edge is zooming out and thinking about the 5 to 10 years horizon.

Word of caution to investing:

This is not financial advice or recommendation to buy or sell.