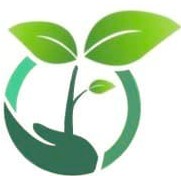 by Thomas Chua
in Investing
0

In the second part of Facebook’s write-up, we will examine how its moat enables it to generate a high Return on Invested Capital (ROIC). We will also discuss its growth runway and what has changed for Facebook since the Cambridge Analytica incident.

Facebook has consistently generated ROIC of ~30% on a before-tax basis. What this means is that every $100,000 invested in the business, it will give you $30,000 in operating income. Comparing this with buying a Condo for $1 million and it gives you $40,000 in operating income (rent less all expenses before tax), that would give you an ROIC of 4%.

There are many ways to calculate a company’s ROIC. Personally, I prefer Joel Greenblatt’s method of calculation. By using Earnings before Interest & Taxes (EBIT), we can compare the true earning power of a company across time (different tax rates) and capital structure.

Interestingly, Facebook holds a lot of cash ($50 billion) in its Net Working Capital, indicative of its cash-generative capabilities. If we were to strip off that cash, its ROIC would go above 70% consistently for the past 5 years

A high ROIC is one factor that is important that I focus on when looking for quality companies. However, for it to be meaningful, a high ROIC must be accompanied by growth. The company must have sufficient opportunities to deploy capital at high rates for compounding to work its magic.

Over the past 5 years, Facebook’s revenue growth per has averaged ~42%. It has since given guidance that growth would be expected to range around 20%, which is still an amazing feat given its size.

On a macro level, Facebook benefits from the tailwind of digital ad spending growth. Companies find that they are able to get a better bang for their buck by advertising on Facebook, compared to traditional media platforms such as newspapers and TV. Digital ad spending is now 53.6% of total ad market and it is expected to grow at an ~8% Compounded Annual Growth Rate (CAGR).

Facebook currently commands about 20% of the market share and that figure has been stable over the years. Apart from a growing pie, Facebook has room to seize market share from other players in the digital ad market as they roll out new features (e.g. Stories, Watch Party, Dating, etc.) which increases their competitive advantage.

In 2018, the company was fined $5 billion for the misuse of users information during the Cambridge Analytica scandal. But what has happened since? Since then, the management has aggressively increased spending on R&D by 75%, Marketing & Sales by 109% and General & Admin by a whopping 315%, a pace far greater than revenue growth 73% over the same period.

These numbers are attributed to Facebook’s efforts to hire a lot more staff & increase its investment in security. I take the management’s willingness to act and invest in the long run as a positive sign.

Increased regulation may sometimes inadvertently strengthen a company’s position. Like in the case of Philip Morris (otherwise known for its product Marlboro cigarettes), the regulation in the cigarette industry effectively prevented competition from entering. This protected their profit margins and allowed them to consistently generate high returns for their investors.

Likewise for Facebook, increasing regulatory requirements for social media may increase the barrier of entry for new entrants, as regulators and users increasingly demand higher security features and greater oversight from the platform.

To Sum It Up

As the leader in social media with a strong network effect, Facebook has successfully navigated the pivotal changes from desktop to mobile, and from posts to stories.

Whether Facebook is able to compound wealth for investors would very much depend on whether it is able to continuously widen its moat, generate high ROIC and continue to grow.

Before we end off, this how profitable Facebook is compared to its FANG peers:

And this is because the content on its platform is free.

How to Invest Better during Market Crashes

The Quest for the Right Tail

The Third Great Era of Software

How to Invest Better during Market Crashes