by Thomas Chua
in Investing
Reading Time: 9 mins read
A A

Nick Sleep co-founded Nomad Investment Partnership and the fund returned 921.1% over 13 years versus 116.9% for the MSCI World Index. In other words, $1 million invested with the index would have grown to $2.17 million, while $1 million invested in Nomad would have rocketed to $10.21 million! They did this by concentrating the portfolio in three stocks—Amazon, Costco, and Berkshire Hathaway. Read on to find out his formula for generating alpha!

One of the most powerful concepts out there is scaled economics shared. As a company grows larger, it is able to spread its fixed costs (e.g., warehouse) over a larger base, gain economies of scale and increase its bargaining power over suppliers. Normally, this creates a lot of value for shareholders, at least in the short run, as profit margins expand with rising revenue.

Scaled economics shared suggests that companies share their cost savings with the customers and customers would then reward the companies with more sales. This cycle is best illustrated with Jeff Bezos napkin sketch:

Increased revenue brings about cost savings and lowering prices with the cost savings attracts more customers, and brings in even more revenue. And the cycle continues. As time goes by, barriers to entry for competitors increase with size of the company and the moat of the company significantly widens as it shares the benefit of scale with the customer.

Usually as a company scales and matures, growth will start to slow down and things start to go downhill as they’re less nimble than their younger competitors who are attracted by the fat profit margins. Scaled economics shared turns size, which is normally an anchor to growth and returns, into an asset!

As Jeff Bezos shared, “I very frequently get the question: ‘What’s going to change in the next 10 years?’ And that is a very interesting question; it’s a very common one. I almost never get the question: ‘What’s not going to change in the next 10 years?’ And I submit to you that that second question is actually the more important of the two — because you can build a business strategy around the things that are stable in time. … In our retail business, we know that customers want low prices, and I know that’s going to be true 10 years from now.”

Passing benefits to customers in the form of low prices allows businesses to compound for as long as the moat continues to widen with scaled economics shared. Jim Sinegal, founder of Costco, understood this so much so that when his CEO Craig Jelinek told him that they needed to raise the price of Costco’s iconic $1.50 hot dog and soda combo, this was what Sinegal said:

Let’s backup to Amazon here for a second. In Sleep’s letters, he shared that ecommerce companies have a capital advantage over traditional brick and mortar businesses. The Achilles heel for internet companies are its operating costs, which are especially high as a proportion of revenue, especially at the early stages in a firm’s development. By adopting scaled economics shared, Amazon’s revenue quickly ramped up and operating costs as a proportion of revenue went down significantly—so much so that they became lower than some main high street chains, such as… wait for it… Walmart!

In other words, Amazon now has a capital cost and an operating cost advantage over their competitors.

Sleep goes on to point out that Amazon executed scaled economics shared so well that its operating costs (per dollar of sales) plus its operating margin are less than its competitors! This means that even if Amazon’s competitors were to price their products at just breakeven, it still wouldn’t affect Amazon’s prices or profitability.

We should take a pause to think about that—Amazon has the ability to completely price their competitors out of the market while being profitable—it is hard to find a business model with a greater margin of safety than this.

When it comes to compounding our wealth, the longevity of the compounding process is of utmost importance. Companies that practice scaled economics shared significantly increase their chances of compounding for many years to come.

Intricately tied to scaled economics shared, is the investment in price-giveback, by actively lowering prices, customers enjoy between 2% to 10% worth of savings at Amazon compared to shopping at other places, according to Sleep.

The amount of revenue “lost” from actively lowering prices can dwarf other items of investment spending such as R&D and sales & marketing, even though it is not captured anywhere in the financial statements. Sleep explained that investment in price-giveback is the most long-lived investment spending item if it creates a lasting consumer habit.

Here is what Jeff Bezos, Amazon founder has to say about price-giveback in their annual report:

The Aggregation of Marginal Gains

Little things can add up to make a big difference. Sleep prefers to invest in companies whose comparative advantage comes from doing many little things right rather than a company that relies on just one big advantage—brand name, location, clever reinsurance contract, or a patent.

Consider a one big advantage firm, such as a drug company. A successful drug company does not need to be good at marketing, manufacturing, or R&D if, through a patent, it has a legal monopoly on a drug.

But this advantage is fragile. A rival could displace it any time with better technology and there would be little to fall back on. The longevity of its profitability may be quite finite and detrimental to investors’ compounding process.

Compare this to a scaled economics business. In order to outmuscle a competitor’s cost base, a company has to be superior at a million little actions—a much tougher feat, but also making the company much tougher to displace.

Sleep shared, “Firms that have a process to do many things a little better than their rivals may be less risky than firms that do one thing right because their future success is more predictable. They are simply harder to beat. And if they are harder to beat then they may be very valuable businesses indeed.”

Portfolio Inactivity is an Active Decision

Not doing anything is, oddly, hard to do. Afterall, humans itch to be seen doing something, especially for fund managers who are paid a salary to be doing something. Also, passing over an investment after hours spent researching a business is tough, because it feels like effort  down the drain.

Always measure new companies against your existing portfolio and only let them in if they are superior to what you already own.

The decision to not change the portfolio is an active decision.

Resist the urge to sell your winners to buy losers, and vice versa. Investors have no control over the chronological sequence of good years and bad years and Sleep does not trade around their holdings.

Good investing is about destinations, not smooth routes. Share prices are more volatile than business values.Take the chart of Amazon by Sleep, share prices fluctuate all over the place despite steady growth in revenues.

Focus on lasting value, not transitory prices. Focus on the inputs to future value moves.

When Sir David Attenborough was praised on BBC for being the most widely travelled and one of the most knowledgeable naturalist, this was his reply, ““Well…I suppose so…but then on the other hand it is fairly salutary to remember that perhaps the greatest naturalist that ever lived and had more effect on our thinking than anybody, Charles Darwin, only spent four years travelling and the rest of the time thinking.”

In other words, Attenborough is suggesting that time spent thinking trumps endless data collection. With the internet and the liberalisation of data, investors may be lured into endless gathering of data that we hardly have time to think at all.

Sleep opines that we should de-emphasise data collection and think about the factors that make a business great.

Information, like food, has an expiry date. Sleep spends most time thinking about information that has the longest shelf life, with the highest weighting going to information that is almost axiomatic.

Sleep keeps a list of companies he calls “super high quality thinkers”, and the criterias set out are good for evaluating management:

The ideal portfolio would comprise this list of wonderful, honestly run compounding machines, which Sleep refers to as the “terminal portfolio”. Prior to closing his fund and retirement, the fund mainly comprised three stocks: Amazon, Costco, and Berkshire Hathaway—all run by super high quality thinkers.

What is your competitive advantage in investing?

There are three competitive advantages in investing:

Nick Sleep seeks to break down drivers of business value into its simplest form and not rely on complex models. Like Munger, he applies multiple disciplines for mental models for his investment process which led him to discover insights that other investors couldn’t see. His letters are a gem and it is definitely worth reading and re-reading. 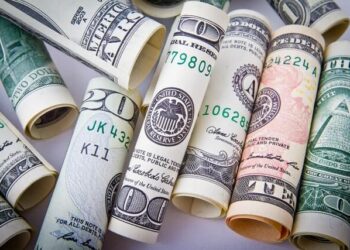 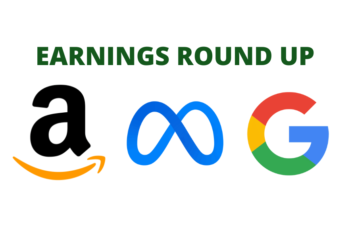